In our guide about items that shouldn’t be kept in a storage unit, we mentioned that firearms can make your unit the target of a robbery and that most self-storage providers don’t allow them anyway.

Indeed, firearms are best kept at home, so we’ll review everything you need to know about safely storing guns in your house below. And just in case you’re not able to keep your guns at home, we’ll go over your options for storing them somewhere else as well.

Can You Store Guns and Ammunition in a Self-Storage Facility?

Although it’s ideal to store your guns at home, this isn’t an option for everyone. If you’re a renter, your landlord may not allow you to keep firearms on their property. Also, if you plan to travel and you don’t want to take your guns with you, it might make sense to move them to a more secure location. Either way, with some research and a little luck, you may be able to find gun storage options available in your area.

Ammunition is almost always banned at self-storage facilities, due to the obvious safety concerns associated with any type of explosive. But even though unloaded firearms aren’t a fire hazard (assuming they are cleaned properly and free of gunpowder residue), they are generally banned as well.

Firearms are often banned at self-storage facilities because they can be a liability issue. What if someone breaks into your unit, steals your gun, and then uses it to commit a crime? If the thief is already a felon, then possession of your gun would itself be a crime. Many self-storage providers will auction off the contents of their units whenever a customer fails to keep up with their rental payments — this is another way a stored gun could fall into the wrong hands. By including a clause that bans the storage of firearms in their rental agreement contracts, self-storage providers can protect themselves from accidentally contributing to crimes and being charged with negligence.

There are some businesses in this industry, though, that are willing to accept this risk and store firearms. For example, John Fayard Self Storage has a room that’s dedicated entirely to gun storage. If there’s a self-storage provider in your area with an especcially convenient location or other features that you’re interested in, you might as well call them up and ask if they allow gun storage.

Rather than looking for a self-storage provider that will allow you to store firearms, you might have more luck checking out facilities that are more focused on firearms in the first place. In particular, the following facilities often provide gun storage services:

As mentioned above, we recommend storing your guns at home if possible. If you plan to do so, you should be aware of your state’s gun laws, the different types of locking devices that are available, and the established best practices for keeping your guns safe at home.

First, it’s important to note that gun ownership is quite common in the United States. 30% of Americans own at least one firearm — and of the Americans who don’t currently own a gun, 36% could see themselves purchasing one at some point in the future. These figures indicate that guns are present in tens of millions of homes across the country.

Considering the popularity of guns and their deadly potential, it shouldn’t be too surprising that they are often involved in violent events such as suicides, murders, and accidental shootings. In 2020, researchers from the University of Pennsylvania and Columbia University found that there are an average of 34,538 firearm deaths per year in the United States (21,128 of these deaths are attributed to self-harm). This study also found that an average of 85,694 people visit the ER because of nonfatal firearm injuries every year. 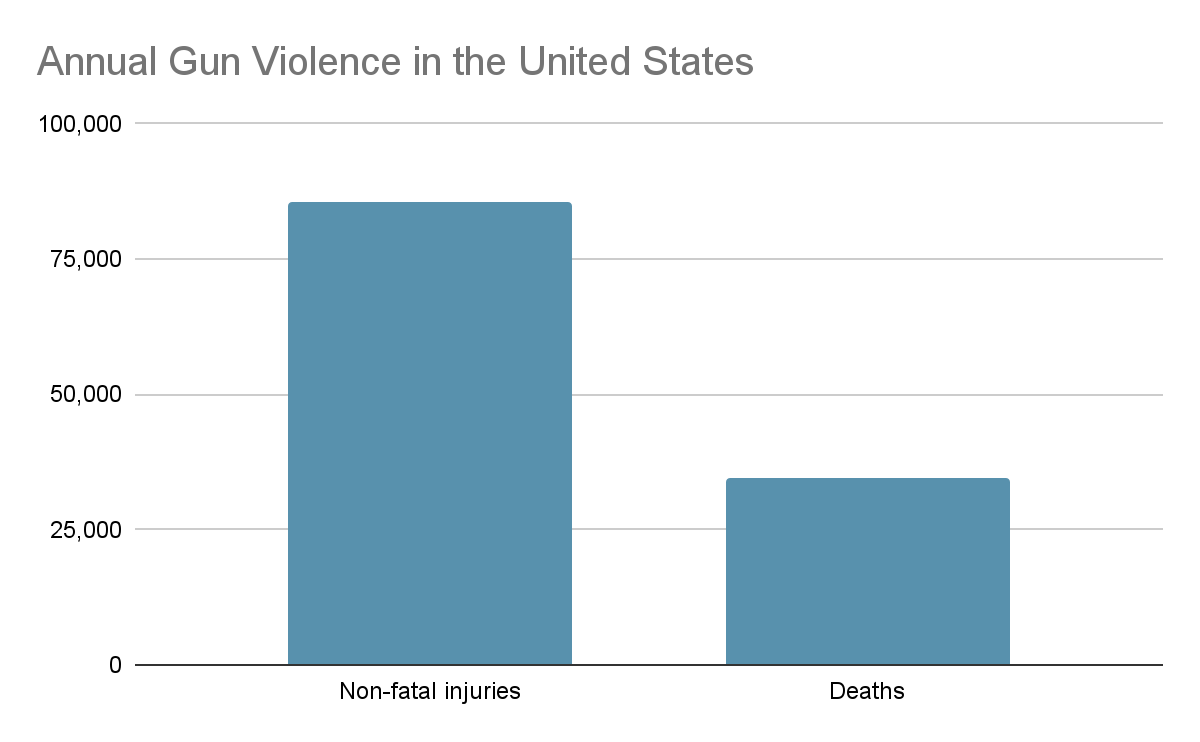 To help reduce the gun violence referenced above, many states have passed laws that require gun owners to secure their firearms in order to prevent unauthorized access. There are many different types of restrictions currently in place across the country, including:

Massachusetts has the strictest regulations regarding firearm security. In this state, any type of firearm that you own must be kept in a locked container or equipped with a locking device whenever it is not under your immediate control (in other states, these laws often only apply to handguns and assault weapons).

In New York, you are required to keep your firearms locked if you are living with a felon, someone who has been convicted of domestic abuse or issued a restraining order due to domestic abuse, or someone who has been committed to a mental institution. Colorado has a similar law, though you are allowed to keep a gun unlocked in your home with a prohibited person if it’s so close to you that you’re effectively carrying it. Connecticut has a similar law as well, but it only applies to loaded guns.

Even if state law doesn’t require it where you live, you should still invest in a locking device to prevent children, thieves, and any other unauthorized person from using your guns. There are several different types of devices you can use to lock up your firearms, including:

Lockboxes and gun safes are especially secure if you purchase a product that uses biometrics. With this feature, your fingerprint will be required to open the lock and access your firearms — unlike keys and passcodes, which could potentially be used by others without your knowledge, biometric technology offers complete protection from unauthorized access. This high-tech feature does usually add to the cost of locking devices, but that’s a small price to pay for improved security.

How to safely store your gun

In addition to using a locking device to prevent other people from accessing your firearms, the following tips will help you store your guns more safely: